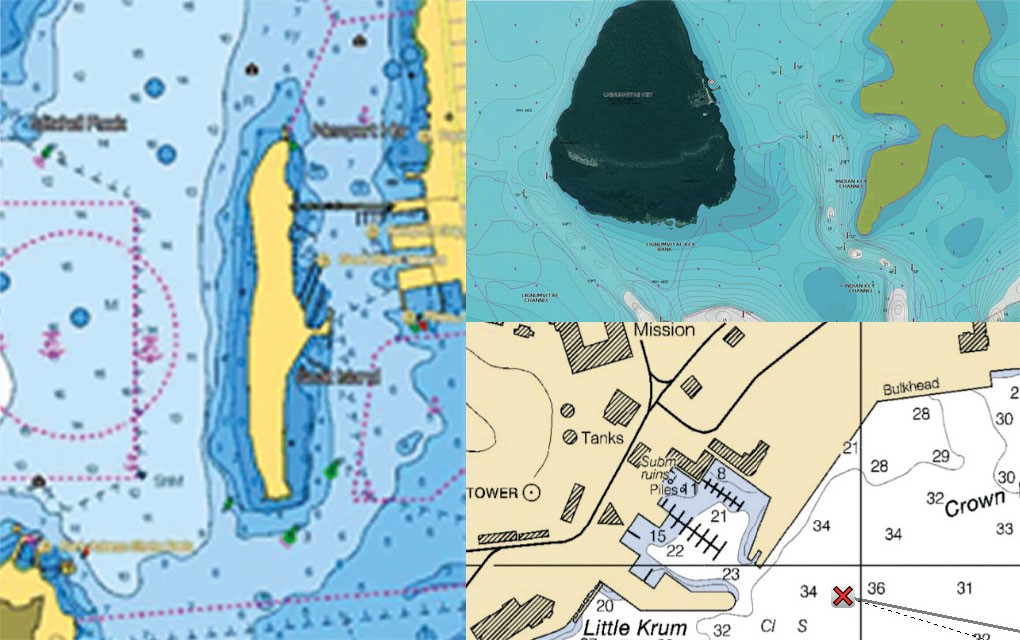 The new tough, all-glass touch screens are accessible in 7-, 9-, and 12.1-inch show sizes and come pre-introduced with Raymarine's new LightHouse 3 working framework. Joined with Axiom's quick quad center processor, LightHouse 3 conveys an instinctive and intense route understanding through an overhauled interface that rushes to learn and simple to customize. NEW RealVision 3D Sonar RealVision 3D sonar speaks to innovation fishers have been requesting since the very first moment – the capacity to perceive what's underneath, behind, and to the sides of the vessel, at the same time and in threedimensions. With blasting quad-center processor execution, RealVision 3D displays the whole submerged world—including structure, cover, fish and search—in staggering subtle element. The client can promptly skillet, tilt and zoom the 3D picture to analyze from any point, even from interesting POVs like remaining on the lake base and looking off the watercraft's transom. Raymarine brings fishermen a radical better approach for taking a gander at submerged information and interminable customization to address singular issues, all from one comprehensive transducer, no black box required.

RealVision 3D transducers consolidate CHIRP DownVision, CHIRP SideVision, High Frequency CHIRP, and RealVision 3D into a solitary transducer lodging. Moreover, Raymarine's gyro-balanced out sonar innovation adjusts for pontoon development, conveying life-like 3D sonar symbolism. With settings, over to 300 feet surrendered and right and up to 300 feet profound, looking over whole water bodies has never been less demanding and speedier. NEW ClearCruise IR Analytics with FLIR M100 and M200 Also propelling a week ago were the new M100 and M200 Thermal Marine Cameras from FLIR. These ultra-minimized cameras convey the universe of warm vision to more recreational boaters than any other time in recent memory. At the point when the M100 and M200 are consolidated with a Raymarine Axiom MFD, clients can exploit FLIR's new ClearCruise™ insightful warm investigation that brings boaters a totally new level of mindfulness and wellbeing by outwardly and discernably cautioning the administrator when "nonwater" protests, for example, pontoons, obstructions, or route markers are distinguished in the scene.